Whooping cranes are in the midst of their fall migration and sightings will increase as they make their way through North Dakota over the next several weeks. Anyone seeing these endangered birds as they move through the state is asked to report sightings so the birds can be tracked.

The whooping cranes that do make their way through North Dakota each fall are part of a population of about 500 birds that are on their way from their nesting grounds at Wood Buffalo National Park in Canada to their wintering grounds at Aransas National Wildlife Refuge in Texas, a distance of about 2,500 miles.

Whoopers stand about 5 feet tall and have a wingspan of about 7 feet from tip to tip. They are bright white with black wing tips, which are visible only when the wings are outspread. In flight they extend their long necks forward, while their long, slender legs extend out behind the tail. Whooping cranes typically migrate singly, or in groups of 2-3 birds, and may be associated with sandhill cranes.

Other white birds such as snow geese, swans and egrets are often mistaken for whooping cranes. The most common misidentification is pelicans, because their wingspan is similar and they tuck their pouch in flight, leaving a silhouette similar to a crane when viewed from below.

Anyone sighting whoopers should not disturb them, but record the date, time, location and the birds’ activity. Observers should also look closely for and report colored bands, which may occur on one or both legs. Whooping cranes have been marked with colored leg bands to help determine their identity.

While contest guidelines for the North Dakota Game and Fish Department’s Watchable Wildlife Photo Contest have change little from previous years, photographers are reminded to follow the guidelines for submitting their work.

Photographers who want to submit photos to the contest should go the Department’s website at gf.nd.gov/photo-contest. Then it is a matter of providing some pertinent information about the photo and uploading it.

Doing so helps both with ease of submitting photos for the photographer and managing those images for Department staff.

The contest is now open and the deadline for submitting photos is October 2. For more information or questions, contact Patrick Isakson, Department conservation biologist, at pisakson@nd.gov.

The contest has categories for nongame and game species, as well as plants/insects. An overall winning photograph will be chosen, with the number of place winners in each category determined by the number of qualified entries.

Contestants are limited to no more than five entries. Photos must have been taken in North Dakota.

By submitting an entry, photographers grant permission to Game and Fish to publish winning photographs in North Dakota OUTDOORS, and on the Department’s website.

The North Dakota Game and Fish Department has announced the winners of this year’s Earth Day patch contest.

Winners in the three age categories were Kenzley Hausauer of Halliday (6-9), Allison Gudmundson of Mountain (10-13), and Rowan Bushnell of Cartwright (14-18). Gudmundson’s design was chosen as the contest winner.

Each year, the Game and Fish Department sponsors a contest to celebrate Earth Day, recognized April 22, for students ages 6-18 to design a North Dakota Earth Day Patch. Groups participating in cleaning up publicly owned or managed lands in April and May receive a specifically designed conservation patch.

This year’s cleanup projects were canceled due to the coronavirus pandemic.

The March/April edition of the North Dakota Outdoors magazine is now available online.

Features this month include:

The North Dakota Game and Fish Department encourages hunters and anglers to make mindful decisions on outdoor activities by following guidelines provided by the Centers for Disease Control and Prevention.

Customer, volunteer and employee well-being is of top priority. Earlier this week, Game and Fish canceled upcoming public gatherings such as the National Archery in the Schools state tournament. In addition, late-season ice fishing tournaments have canceled events to minimize crowding, and several hunter education classes scheduled to begin in the next few weeks were canceled or postponed.

Students enrolled in any classes scheduled to start in March or April can find information on class status on the Game and Fish website at gf.nd.gov.

With social distancing in mind, the Game and Fish Department encourages hunters and anglers to purchase licenses online, rather than making an in-person visit. The same philosophy applies to watercraft registrations. Contact a local Game and Fish office for assistance with a purchase or registration.

During this time of uncertainty, Game and Fish is offering several suggestions for students and parents to consider while K-12 schools and some businesses are closed due to public health concerns:

Since it’s important to avoid crowds, North Dakota’s outdoors is a great place for recreation. You can put a boat on the Missouri River right now, or still get in some ice fishing on lakes where ice is still safe for travel. If you’re just looking for some exercise, take a hike on one of the department’s 229 wildlife management areas.

The February edition of North Dakota Outdoors is now available online at https://gf.nd.gov/magazine/2020/feb

The state Game and Fish Department’s annual Earth Day awareness campaign is accepting entries for design of a 2020 Earth Day patch. North Dakota students ages 6-18 are eligible to participate. The deadline for submitting entries is March 15.

The Game and Fish Department will announce a winner in three age categories – 6-9, 10-13 and 14-18. Each winner will receive a pair of binoculars. The final patch design will be chosen from the three winners.

The winning design will be used on a patch given to members of Girl Scouts, Boy Scouts, 4-H clubs and any school participating in Earth Day cleanup projects on state-owned or managed lands in North Dakota in April and May.

The patch should incorporate some aspect of Earth Day – celebrated April 22 – or keeping North Dakota clean. It must be round and three inches in diameter. There is a limit of five colors on the patch, and lettering must be printed. Name, address, age and phone number of the contestant must be clearly printed on the entry form. Only one entry per person is allowed. 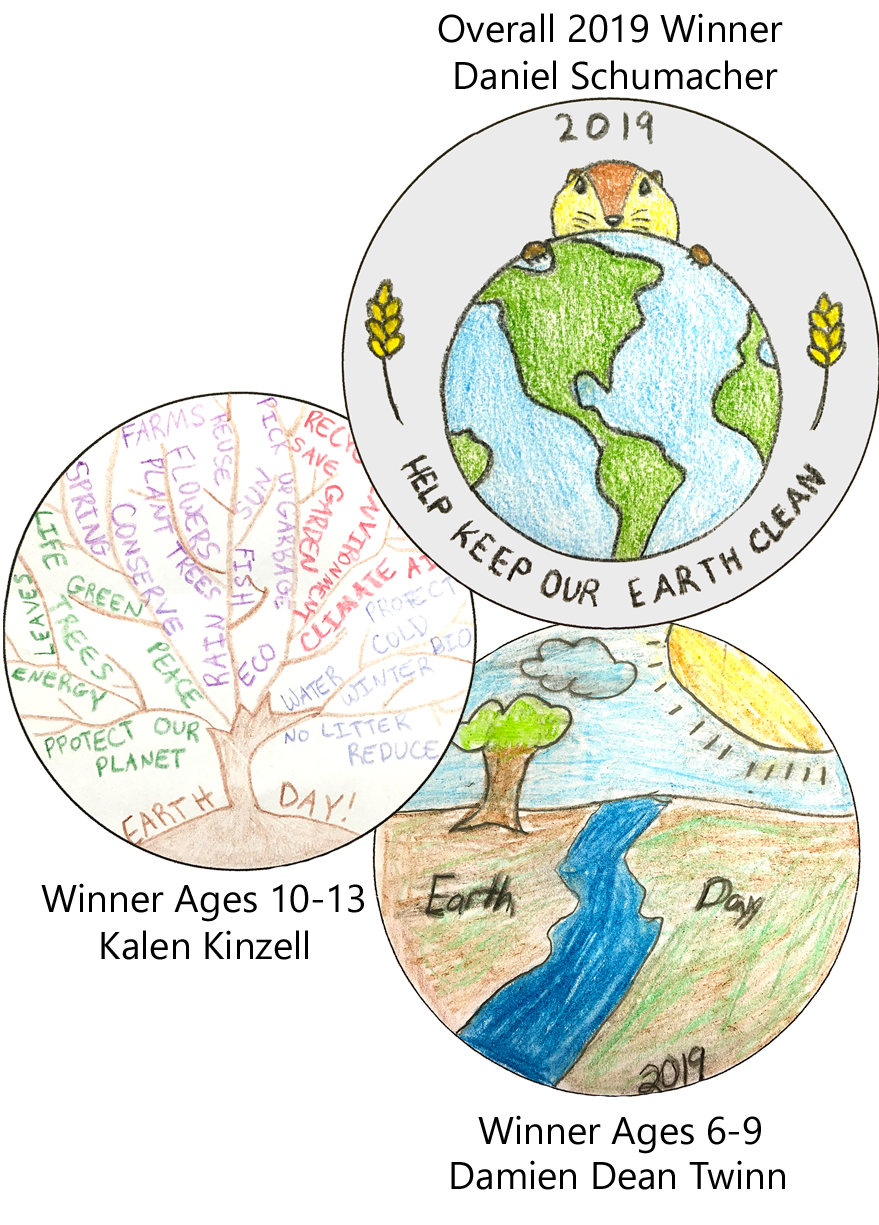 North Dakota citizens with an interest in supporting wildlife conservation programs are reminded to look for the Watchable Wildlife checkoff on the state tax form.

The state income tax form gives wildlife enthusiasts an opportunity to support nongame wildlife like songbirds and birds of prey, while at the same time contributing to programs that help everyone enjoy all wildlife.

The checkoff – whether you are receiving a refund or having to pay in – is an easy way to voluntarily contribute to sustain this long‑standing program. In addition, direct donations to the program are accepted any time of year.

“Particularly, the cold snap we experienced during the first and second weeks of November moved a lot of birds south of us earlier than normal and we struggled to build up great numbers after this,” Dinges said.

Dinges said after summarizing the numbers, an additional 4,200 mallards were tallied statewide, most of which were recorded on Nelson Lake.

All states participate in the midwinter survey during the same time frame, to reduce the possibility of counting birds more than once.